Martin Blum's Class on Psychoanalytic Theory: Beyond Wish and Defense 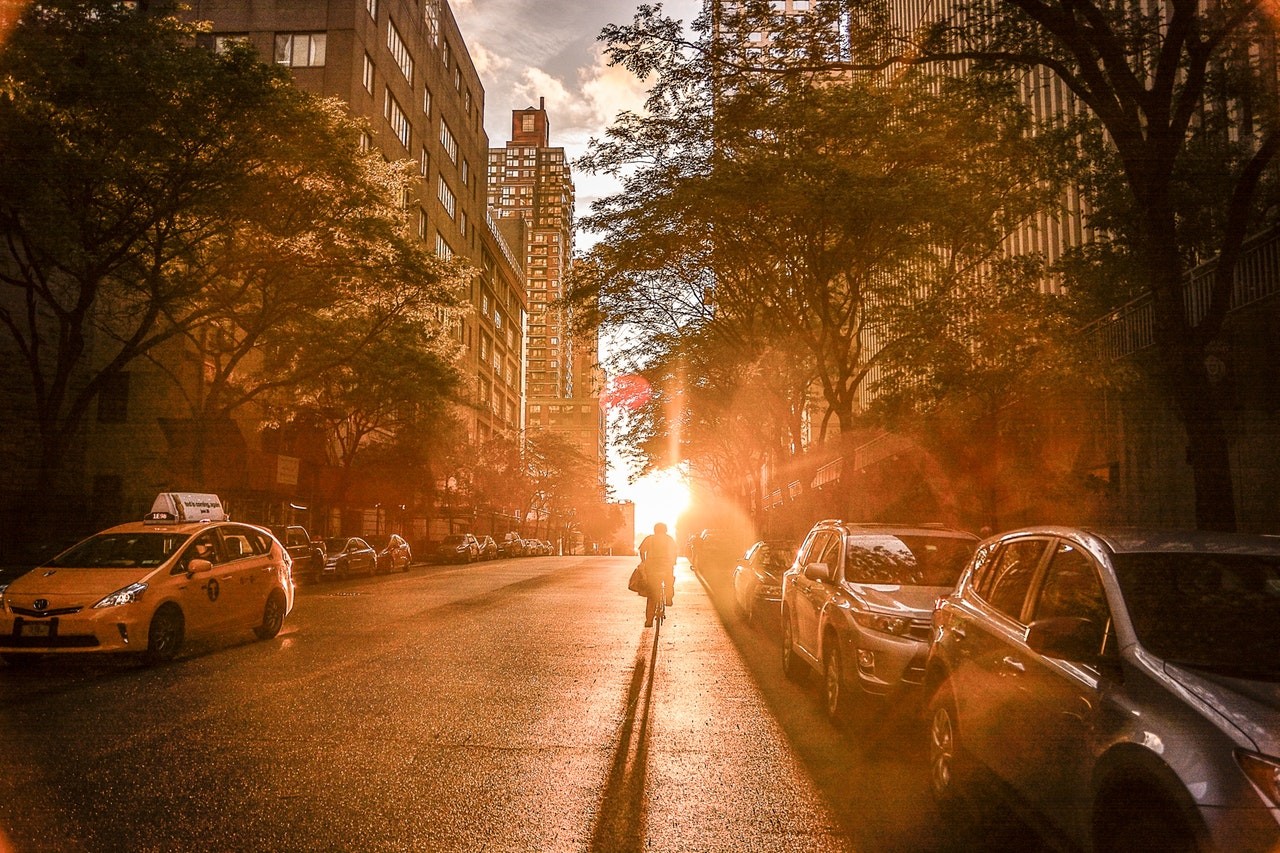 ​Martin Blum, M.D., who died at age 81 in December 2013, was a psychoanalyst on the faculty of the Institute at the Psychoanalytic Association of New York (PANY) was a highly sophisticated thinker on analytic subjects whose deep intellect was not known to the wider field psychoanalysis. Martin managed to defeat, in my opinion, efforts made by myself and other appreciators of his before me, to bring his thinking to the attention of a wider audience he was known mainly to his students at the analytic institute and at the department of psychiatry at Hillside Hospital, where he spent a great deal of his professional life was admired by some, but others kept their distance from him due to the quirks of personality that could make interacting with him difficult.

For quite a few years I had the privilege to be Martin's co-teacher in the 10-session class on theory he taught to analytic candidates at PANY is the class handouts he prepared for that course that are being made available here the first year being his I told Martin it was obvious that these handouts could be turned into a terrific book, and told him he really should do that. "Why should I?" was his response. I suggested that the following year we audio record the course and create a book out of an edited transcript of the course combined with the class handouts. Martin knew this was the model used by Sidney Tarachow for his book on psychotherapy, based on seminars with psychiatry residents at Hillside. I made it clear I would be an active collaborator on the project face lit up, and he said, "OK, I'll get a digital recorder!" The following year we recorded the class and I did some work editing a transcript. Though he insisted we keep the project secret, he was at first enthusiastic about it, telling me he believed we might "make it to Bellagio," referring to the Rockefeller Foundation grant that allows authors to finish a work in progress on the shore of Lake Como. In the end, however, Martin each year wanted to record the entire course yet again before proceeding. His ambivalence over producing the book became clear, though as a side effect we do now have quite a few years of audio recordings of his course this point, rather than to obtain and edit transcripts of the audio recordings of those classes, I believe a better plan would be to make those recordings available online someday - in addition to these class handouts being made available below will require some work, as it would be necessary to delete recorded comments made by persons other than Dr. Blum and re-record them with a generic voice (rather than to obtain permission from the former analytic candidates whose voices appear in those recordings) who might be interested in participating in that project should contact me. I will never have the time to do it myself.

Martin Blum was as sophisticated a student of Freud's theoretical papers of the 1920s as can be imagined, so perhaps it is worth mentioning that it was his opinion, I believe, that Freud reached his theoretical high water mark years before those later papers were written – during the mid-teens. That is when the two drives composing Freud's dual instinct theory were 1) the self-preservative instinct, and 2) libido. From the self-preservative instinct (the need for mastery, the drive to power – "bemächtigungstrieb" in German) can be derived a coherent theory of narcissism. The drive for mastery does not lead to libidinal gratification. It is not pleasure-seeking. It is independent of the object-directed libidinous wishes that analysts are best at understanding, and prefer to work with. Martin tended to groan when Freud's earlier theoretical formulations were equated with the so-called topographical theory – he was not a fan of the concepts "topographical" and "structural", which in his opinion had been inaccurately applied to Freud's theorizing. Regarding the structural theory, I recall one occasion, while lamenting the clinical and theoretical disadvantages caused by Freud's having folded the ego-ideal into the concept superego (a problem addressed by J. Sandler and J. Chasseguet-Smirgel amongst others), he opined that for the structural theory to work you "would need at least four structures" rather than three. In my opinion that is a statement to take seriously if Martin Blum is the one who made it.

A concise picture of Martin's views on the clinical issues related to narcissism can be found in a book chapter he wrote is from the book, Psychotherapy: The Analytic Approach, M. Aronson & M. Scharfman, eds, (1992), New York Jason Aronson Inc book chapter obviously does not contain all he had to offer, but perhaps it is worth quoting the first four paragraphs of this book chapter, in which he condenses into a small space a large swath of the history of Freud's thinking:

By 1900, with the publication of "The Interpretation of Dreams," Freud had created the framework for the understanding of the transference object. Operating at the behest of the censorship, he stated, the mobile energies of the primary system made possible defensive condensation and displacement: the transfer of childhood wishes in modified form onto more acceptable substitutes from current perception, thereby keeping the earlier wishes in repression. Using this model, he could trace, in his analysis of the "Dream of the Botanical Monograph," the line that led from his childhood incestuous and masturbatory wishes to his sexual urgency at the time of his engagement, and then to the very act of writing the dream book (Freud 1900). Also in 1900 (although he delayed publication for five years), Freud wrote the case history of Dora to show the identity of structure that united the dream, the neurosis, and the analytic situation. The figure of the analysts himself became the preeminent example of the transference object (Freud 1905).

However, within the decade, Freud was already describing clinical material that could not be fitted within this framework. In the autumn of he undertook the analysis of an idealizing homosexual who, he commented to Jung, seemed to have Leonardo da Vinci's constitution without his genius. What he observed in this patient was that there was an attraction to women that could not be distinguished from the normal case, but that on each occasion the patient "transferred" his excitation on to a male object. This was outside the usual expectation that such transferences onto an object should lead, analytically, to one of the primal figures of childhood., since the beloved boys were clearly substitutive figures and revivals of the patient himself in childhood. Freud the existence of a three-step process. At first, there had been an intense erotic attachment to the mother. This had been repressed, and an identification with her had been substituted. In this state, the patient loved himself as his mother had loved him. Finally, the patient used extraneous figures (the beloved boys) as objects onto whom he could transfer the feelings about himself that were acquired through the identification (Freud 1910).

Thus, coincident with his first description of the mechanism of narcissistic object choice, Freud brought into play the importance of the mechanism of identification. He noted that identification can serve as the kind of psychic structure he was later to describe as a differentiating grade in the ego: an object representation that has ceased to pattern motor impulses into the outer but instead has become part of a reflexive process that redirects impulse back upon the self. A generalized form of this mechanism was to be announced as the theory of the superego fourteen years later, underscoring the close links between narcissism and the superego (Freud 1923).

Before this occurred, however, Freud generalized what he had discovered about the choice of an object along the path of narcissism. In 1914 he declared that the love relation with the self was a universal stage in human development and remained the permanent foundation for all object relations that arose from it and could return to it (in secondary form) under adverse conditions (Freud 1914). From 1914 on, the analysts had to accept that the examination of the transference object could as readily lead back to as to object-representations (and, in most cases, to both).

I imagine Martin smiling provocatively as he wrote, in that last sentence, "had to accept," since he knew that all analysts certainly have not necessarily accepted what he says they had to accept, and that confusion in the field persists.

The class handouts that are being made available here vary in approach is an essay on Toscanini, which I believe could be published in some journal as is one entitled "Aggression: The Impulse to Mastery and the Reaction of Anger" contains an extremely interesting attempt to organize the subject of the drive to mastery, with numerous headings and subheadings. Take a look at the first section of that essay, subheading entitled, "The I as an organization of interpolated motor sequences," which ends with the memorable sentence, "The prudent analyst will not interpret interpolated motor sequences as if they represented consummatory behavior." Despite that particular handout's I know Martin was never satisfied with it. Others of these handouts are less and are mainly talking points, take-off points for his discussion in class.

Finally, I encourage others of you out there (I know who some of you are!) who have something to contribute to this introduction to be in touch with me. Perhaps there is other Martin Blum material or an additional discussion of his ideas that can be added to this.

Listed below are links to the class handouts.

In addition, here are three documents occasionally handed out by Dr. Blum, containing some extremely useful material that expands upon what is found in the class handouts:

No comments made yet. Be the first to submit a comment

By accepting you will be accessing a service provided by a third-party external to https://pany.org/